After attending the Versailles Peace Conference, Herbert Hoover concluded that America could not make a lasting peace for Europe with its ancient hatreds, racial mistrust, colonial ambitions and the seeds of Fascism and Communism. "There will be another world war in your time," Frenchman George Clemenceau said prophetically to Hoover at Versailles, "and you will be needed back in Europe."

Back home in 1919 at his alma mater, Stanford University, Hoover launched the Hoover Institution on War, Revolution and Peace, an archives and public policy "think tank." Scholars combed European archives for millions of documents tracing The Great War and its revolutionary aftermath.

Hoover dreamed of returning to California to renew his mining career or perhaps run a newspaper, and began to build a Hopi style house designed by Lou that overlooked the campus. With rooftop dining space and exterior stairways, 623 Mirada Drive was also a monument to modern technology. Its reinforced concrete and fireproofing protected the many gifts bestowed upon Hoover for his relief efforts, and their collections of Qing Dynasty porcelains and antique pewter. 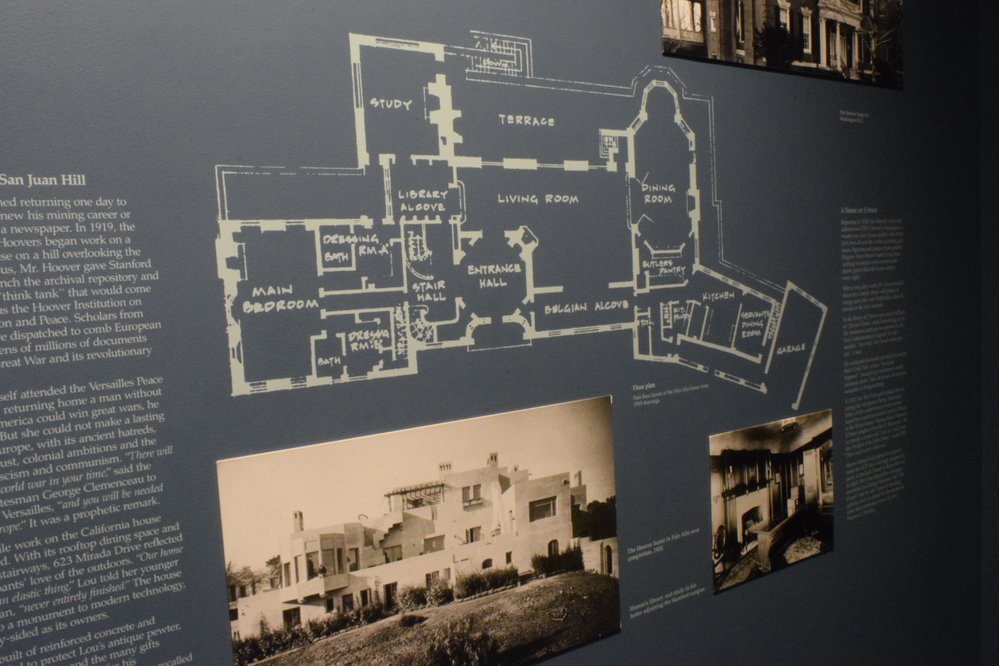