Bert Hoover pulled in his first catch of the age of eight with a willow pole and butcher string. In time he became familiar with "the steel of Damascus, the bamboos of Siam, the silk of Japan, the lacquer of China, the feathers of Brazil, and the silver of Colorado." As president of the Izaak Walton League, Hoover once declared:

"Man and boy, the American is a fisherman. That comprehensive list of human rights, the Declaration of Independence, is firm that all men (and boys) are endowed with certain inalienable rights, including life, liberty, and the pursuit of happiness, which obviously includes the pursuit of fish." Besides, wrote Hoover, no one ever went to jail while fishing "unless they forgot to buy a license."

A year before his death, Hoover published Fishing for Fun and To Wash Your Soul. In a wistful postscript he reminded readers that the joys of outdoor life did not end with the last catch. "Two months after you return from a fishing expedition you will begin again to think of the snowcap or the distant mountain peak, the glint of sunshine on the water, the excitement of the dark blue seas, and the glories of the forest. And then you buy more tackle and more clothes for the next year. There is no cure for these infections. And that big fish never shrinks." 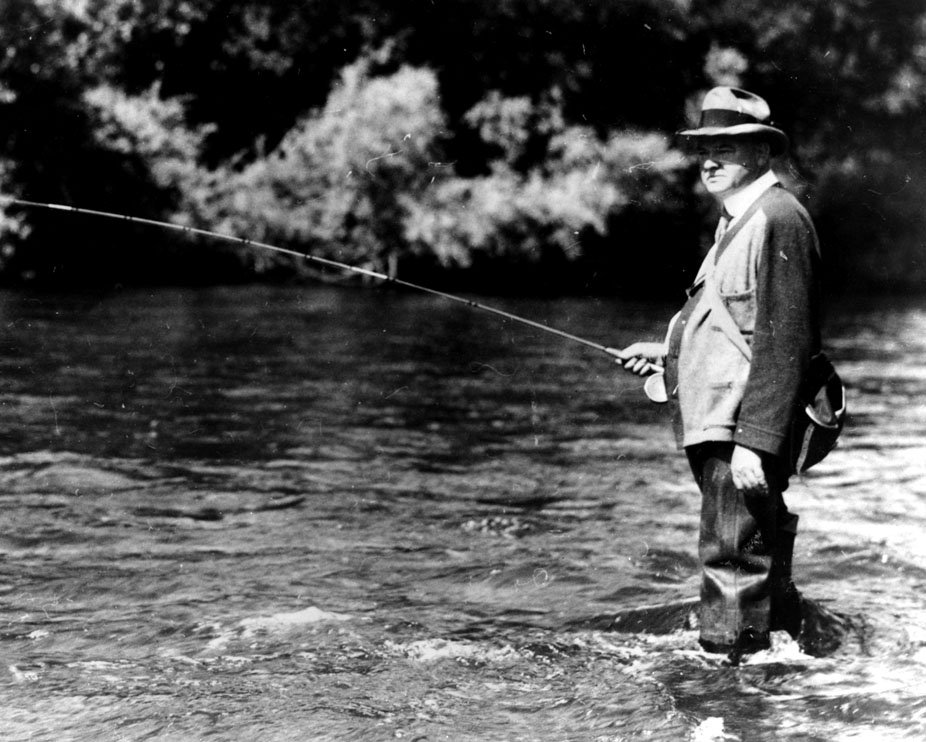