45. Lou and the Girl Scouts 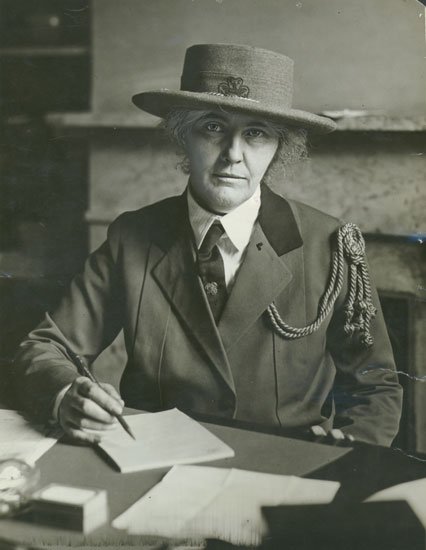 "I was a Scout years ago before the movement ever started," Lou said as she recounted her childhood spent fishing and camping with her father. In 1917, Lou was recruited by Juliette Low, founder of the Girl Scouts, and served continuously as a board member or officer for the rest of her life.

In 1929 alone she raised over half a million dollars for the Scouts. During her second term as president in the 1930s, Lou Hoover is also credited with the first official sale of Girl Scout cookies. Considered a highly effective spokesperson and role model for young women, she personally attracted many young women to Scouting. In 1927 there were about 168,000 Girl Scouts in the nation. By the time of Lou’s death in 1944, their ranks had swelled to 1,035,000.

Having never had a daughter of her own, Lou once said she would not know what to do with a girl. Yet she adopted more than a million girls in green and brown uniforms, anxious to introduce them to the joys of the outdoor world.