In October 1936, former President Hoover found a new vocation that would engage him for the rest of his life. As the new chairman of the Boys' Clubs of America, he proclaimed:

"The boy is our most precious possession. He strains our nerves, yet he is a complex of cells teeming with affection. He is a periodic nuisance yet he is a joy forever." Unfortunately, however, "we have increased the number of boys per acre" and for the youthful residents of the cities, that meant a life "of stairs, light switches, alleys, fire escapes ... and a chance to get run over by a truck."

"Packs need not run into gangs," not so long as boys had a place to play checkers and learn a trade, swim in a pool and steal nothing more harmful than second base. Hoover started over 100 new Boys' Clubs in a three-year span, and embarked on a still more ambitious plan, "A Thousand Clubs For A Million Boys." 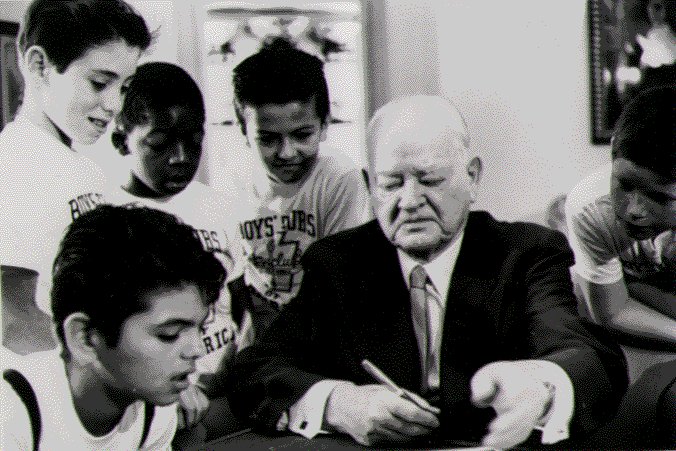