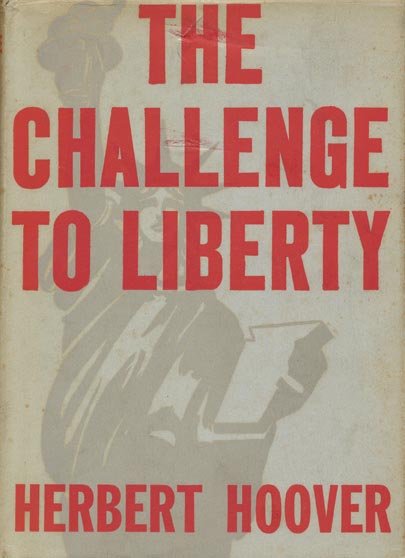 In March 1933, Herbert Hoover returned home to Palo Alto, California. One supporter shouted from the small crowd at the train station that had gathered to see him off, "You are coming back again – don’t worry." However, few expected the former president to have any future in public life.

Excluded from unfolding events, Hoover morosely played solitaire and bitterly complained of smears from the press. Gradually, however, Hoover's fighting spirit returned and by 1934 he published The Challenge to Liberty, a sequel to his earlier book, American Individualism. For the rest of Roosevelt's long presidency, Hoover lashed out against the New Deal as a welfare bureaucracy that drained freedom and dignity from individual Americans.

In the late 1930s when the Nazi dictator of Germany, Adolf Hitler, pushed Europe to the brink of another war, Hoover was branded an isolationist. Since America had not been able to save Europe from itself in the First World War, he felt that the United States should stay out of this conflict and allow Hitler and U.S.S.R.'s Joseph Stalin to destroy each other. Hoover could not know that the horrors of an even more terrible second world war were about to begin.