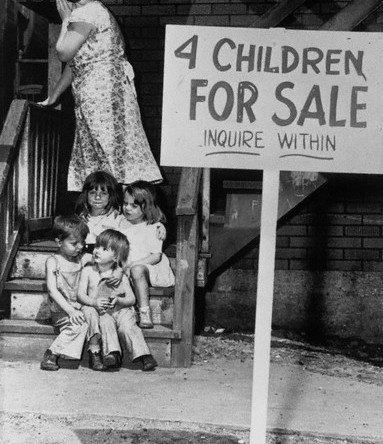 Between 1929 and 1932, America's economic output was cut in half. Nearly 6,000 banks went under, erasing $3 billion in uninsured deposits. The bond market exploded in the faces of investors. The worst drought in U.S. history devastated agriculture.  Global trade was crippled. By 1932, over 12 million people were unemployed, nearly 25 percent of the nation’s workforce.

Food riots broke out in New York City and Minneapolis. Hungry people waited outside restaurant doors for table scraps or ate from garbage heaps. Homeless women slept in Chicago’s Grant Park. Talk of mercy killing for the elderly was whispered.

As the magnitude of the crisis grew, so did Hoover's list of innovations as he:

The president stubbornly held out against government "handouts" which he believed to be a cure worse than the disease. Joining Hoover in this stand against welfare was The National Council of Social Workers, as well as a majority of Congress. But by the end of four years in office, Herbert Hoover had lost the trust of the American people.