37. Why the Great Depression?

Economists are still divided about what caused the Great Depression. A sharp economic recession was stretched into a decade-long nightmare by a combination of numerous factors:

Commitments from business and industry to keep wages steady and jobs secure lasted little more than a year. Panicked Americans simply stopped spending and frantically withdrew any savings from the banks before they closed. Desperate banks called in loans and mortgages, causing many Americans to lose their homes, farms and all they owned. Domestic and foreign banks collapsed, and world trade was severely damaged. 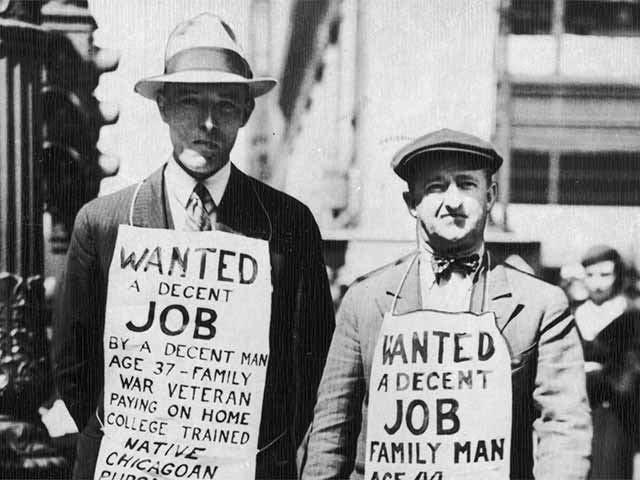