The 1928 election became a contest between two self-made men. Hoover’s "New Day" platform included shorter working hours for labor, new public works, and a Federal Farm Board to assist agriculture. The major election issue was Prohibition – the constitutional ban on the manufacture and sale of alcoholic beverages. Hoover supported the law (even though he felt that enforcement was problematic), while Democratic candidate Alfred E. Smith pressed for its appeal.

Al Smith was a colorful urban hero from New York's lower East Side. But as the first Catholic candidate for President, Smith faced strong prejudice against his faith. One group even distributed photos of New York's Lincoln Tunnel, claiming that this would be the Pope's direct conduit to the White House.

Herbert Hoover won the presidency in an historic landslide victory with 58 percent of the popular vote, and received 444 electoral votes to Smith’s 87. Yet Hoover was uneasy. "My friends have made the American people think me a sort of superman. They expect the impossible of me and should there arise in the land conditions with which the political machinery is unable to cope, I will be the one to suffer." It was an unfortunate prophecy. 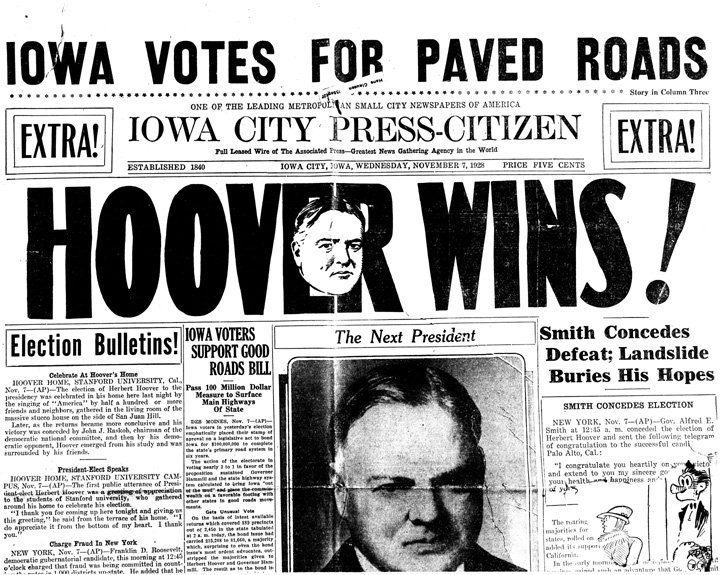