In the spring of 1927, the great Mississippi River rushed over its banks, flooding 20,000 square miles under a sheet of yellow water and leaving 600,000 people without shelter. Over 300 people died in the natural disaster.

Hoover rushed to the scene to assess the victims' needs and direct resources to the most needy locations, and broadcast a radio message that raised $15,000,000 for the Red Cross. He coordinated the efforts of eight separate government agencies to assemble 600 ships, order a trainload of feed from Chicago, and organize vast tent cities for tens of thousands of refugees.

Visiting over 90 communities, Hoover's message was the same in each: "A couple of thousand refugees are coming. They’ve got to have accommodations. Huts. Water mains. Sewers. Streets. Dining halls. Meals. Doctors. Everything. And you haven't got months to do it. You haven't got weeks. You've got hours. That’s my train."

Later Hoover observed, "I suppose I could have called in the whole of the Army, but what was the use? All I had to do was to call in Main Street itself." 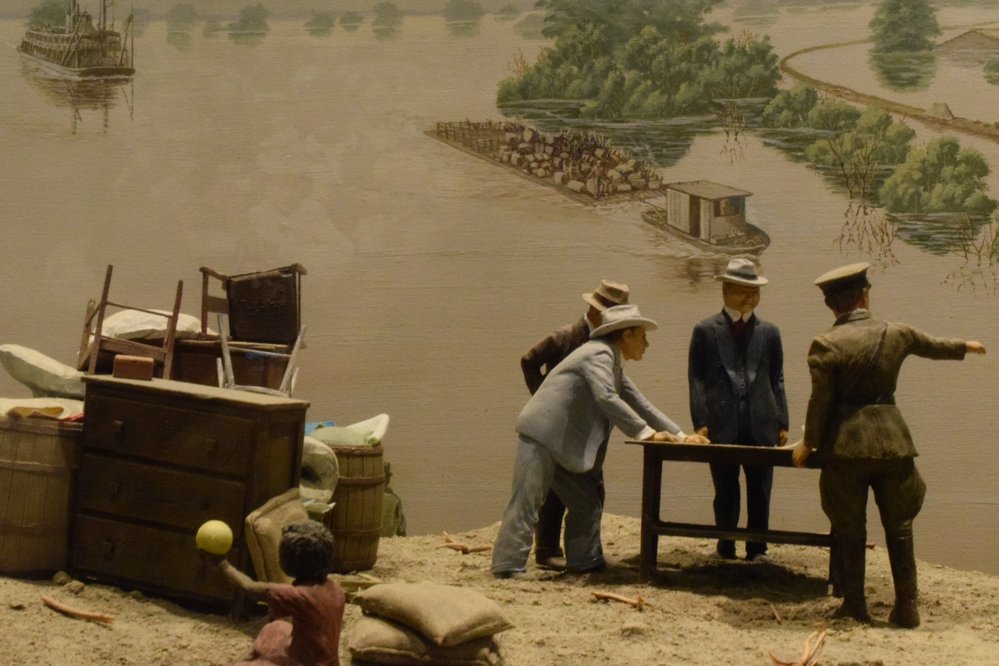