23. Searching for a Philosophy

Even though uniform standards were transforming American business and industry, Hoover envisioned a society that advanced through individual enterprise and warmhearted cooperation. In 1922 he published American Individualism, a volume distilling his earlier experiences in Belgium, the U.S. Food Administration and the American Relief Administration.

Yet American individualism was unlike any other. Tempered by equality of opportunity and a sense of obligation to one's neighbors, "Its stimulus is competition. Its safeguard is education. Its greatest mentor is free speech and voluntary organization for the public good."

Out of his Quaker background came Hoover's insistence on the spark of divinity within each person. His personal struggle for success had convinced him that "human leadership cannot be replenished by selection like queen bees, by divine right or bureaucracies." He passionately believed in voluntary partnerships for the common good and social justice. By the 1920s, Hoover's unique brand of individualism was being applied throughout America through organizations such as the Red Cross, Community Chests, YMCAs and settlement houses. 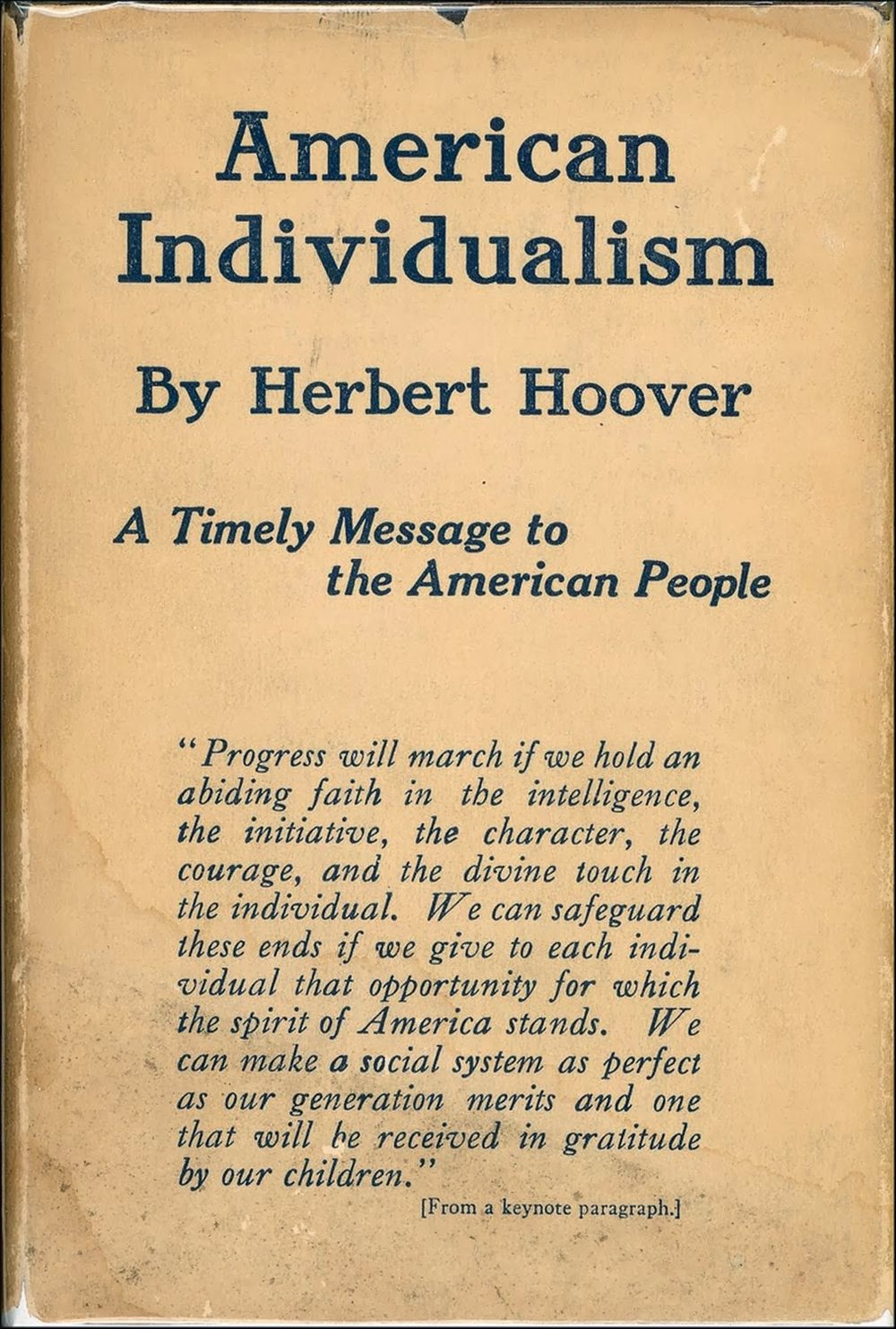