War inflicts a special terror upon children, and the orphan from West Branch made their needs his top priority. In Belgium and northern France, 11 million youngsters were fed between 1914 and 1918. Later throughout the ravaged continent of Europe, Hoover's European Children's Fund (the forerunner of CARE) assisted six million more victims of war.

When children in the war zone showed signs of rickets and tuberculosis, cocoa was added to their diet, along with an extra "Hoover lunch" of white bread and thick vegetable soup. Recalling the Sunday morning that a Latvian child first sampled white rolls, "It was like the Sun coming out. Finally bread, Hoover's bread. I will never forget. Whenever anyone mentions Hoover, I think white bread." Others remembered the hot lunches, the taste of bananas, and the warmth of American boots against the winter chill. 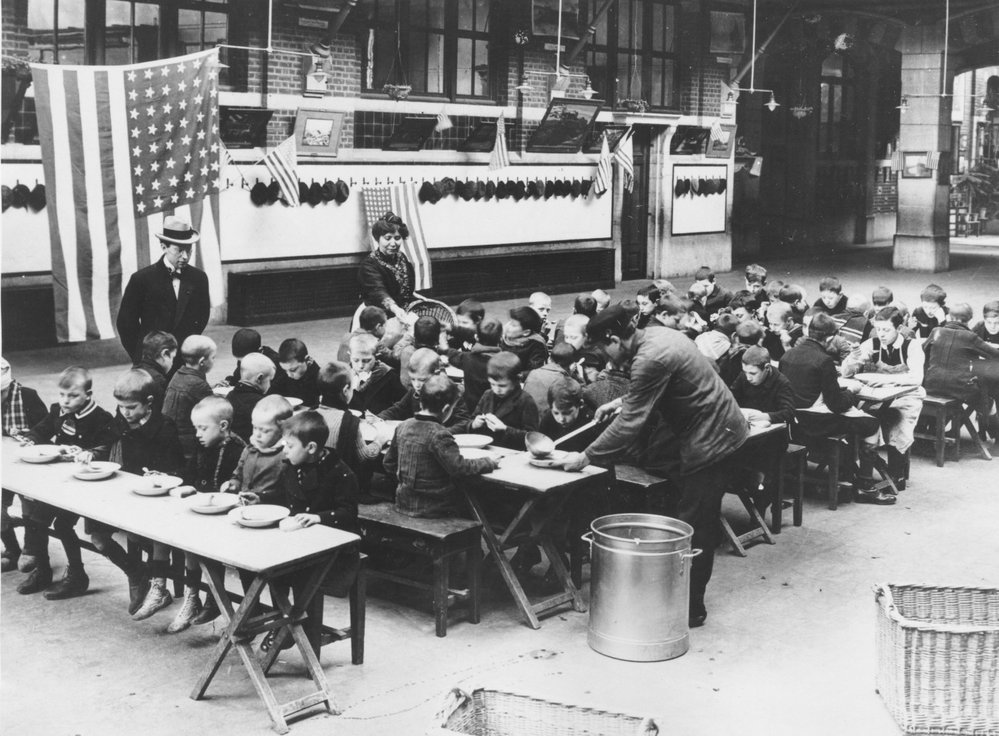