Hoover’s first job out of college was shoveling ore in a California mine for the princely sum of $2 per 10-hour shift. In 1897, the firm of Bewick, Moreing & Co. in London was looking for an experienced geologist who was at least 35 years old. The 23-year-old Hoover fudged his age, grew a beard to look older, and soon found himself in the vast Australian outback where there was more gold than water and the temperature often topped 100 degrees at midnight.

In rough settlements like Coolgardie and Kalgoorlie, the 23-year-old Yankee won the trust of rowdy Aussies by his take-charge ways and democratic habits. Living on a diet of sardines and cocoa, Hoover road a camel through Western Australia looking for gold, and persuaded his London employers to purchase the Sons of Gwalia mine for a million dollars. In time, this rich vein would return $65 million.

Hoover's salary rose to $10,000 a year in 1898. His men bestowed a new title of "Chief" on the youthful American, a name that stuck to Hoover for the rest of his life. So did memories of Australia, a land of "red dust, black flies and white heat." 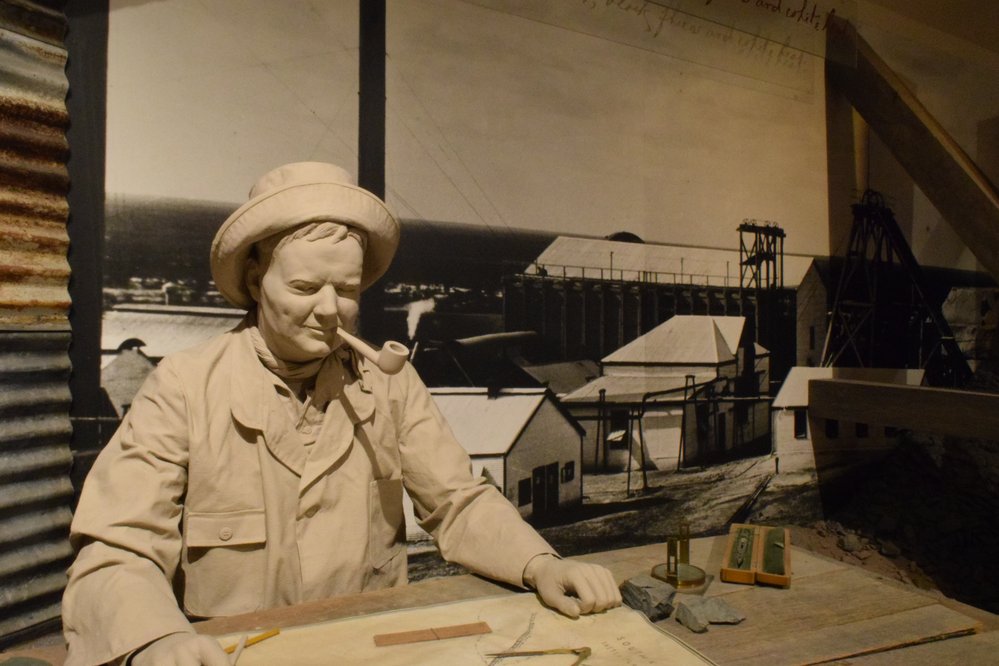 Engineering
It is a great profession. There is the fascination of watching a figment of the imagination emerge through the aid of science to a plan on paper. Then it moves to realization in stone or metal or energy. Then it brings jobs and homes to men. Then it elevates the standards of living and adds to the comforts of life. That is the engineer’s high privilege.
The great liability of the engineer compared to men of other professions is that his works are out in the open where all can see them. His acts, step by step, are in hard substance. He cannot bury his mistakes in the grave like the doctors. He cannot argue them into thin air or blame the judge like the lawyers. He cannot, like the architects, cover his failures with trees and vines. He cannot, like the politicians, screen his shortcomings by blaming his opponents and hope the people will forget. The engineer simply cannot deny he did it. If his works do not work, he is damned….
On the other hand, unlike the doctor his is not a life among the weak. Unlike the soldier, destruction is not his purpose. Unlike the lawyer, quarrels are not his daily bread. To the engineer falls the job of clothing the bare bones of science with life, comfort, and hope. No doubt as years go by the people forget which engineer did it, even if they ever knew. Or some politician puts his name on it. Or they credit it to some promoter who used other people's money…. But the engineer himself looks back at the unending stream of goodness which flows from his successes with satisfactions that few professions may know. And the verdict of his fellow professionals is all the accolade he wants.
– Herbert Hoover
Next Site
Previous Site